20/20 vision is about the best you can have, and the 2020 Mobile Jewish Film Festival promises to be some of the best films we’ve ever screened!

Our big Saturday night film is Fiddler, the “Miracle of Miracles” an audience favorite wherever it’s been shown. This is the story of how Fiddler became Fiddler. Before the film, we’ll have a great dinner and live music from the beloved musical. Other highlights include Prosecuting Evil, the story of a 27-year-old Jewish lawyer who became a chief prosecutor at the Nuremberg trials, The Spy Behind Home Plate, the incredible story of Moe Berg, a major league baseball player who lead a double life, and Golda’s Balcony, the Film which has won best film awards at multiple Festivals.

Along with our regular festival, we continue our Julien E Marx Holocaust Student Film Series for more than 2500 students in our area. We feel that, in these times, this series is more important than ever, as we help students understand the roots and ramifications of prejudice and racism, in society.

This is the never-before-told story of Albania – a small European country that opened its borders to shelter Jewish refugees, even as it endured a brutal Nazi occupation. It’s witnessed through the prism of two men joined together in a remarkable and unexpected quest: Norman H.Gershman, a renowned Jewish-American photographer determined to record the bravery and compassion of the Albanians; and Rexhep Hoxha, a Muslim-Albanian toy shop owner who sets out to return three precious books to the last surviving member of the Jewish family his father sheltered sixty years before. When these two men meet, an extraordinary and utterly unexpected personal drama is set in motion – one that bridges generations and religions…uniting fathers and sons…Muslims and Jews.

Fiddler is the first in-depth documentary film that chronicles the life and themes of this Iconic offering of American culture. The goal of our documentary is to understand why the story of Tevye the milkman is reborn again and again as beloved entertainment and cultural touchstone the world over.

Opening in 1964, Fiddler on the Roof held the record for the longest-running musical for almost 10 years, won nine Tony Awards, and spawned five Broadway revivals. The show is still performed more than any other show, from middle schools in inner cities to high schools in rural America, around the world from grand state theaters in Japan and Vienna to Johannesburg and Mexico City. 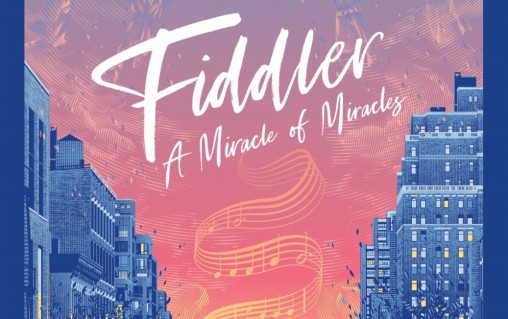 Young Thurgood Marshall faces one of his greatest challenges while working as a lawyer for the NAACP. Marshall travels to conservative Connecticut when wealthy socialite Eleanor Strubing accuses black chauffeur Joseph Spell of sexual assault and attempted murder. He soon teams up with Sam Friedman, a local Jewish lawyer who’s never handled a criminal case. Together,the two men build a defense while contending with racist and anti-Semitic views from those who deem Spell to be guilty.

Barry Avrich’s gripping new documentary tells the fascinating story of Ben Ferencz – the last surviving Nuremberg prosecutor and lifelong advocate of “law not war”. After witnessing Nazi concentration camps shortly after liberation, Ferencz became a lead prosecutor in the Einsatzgruppen case at Nuremberg, which has been called the biggest murder trial in history. He was 27 years old and it was his first trial. All 22 Nazi officials tried for murdering over a million people who were convicted. Ferencz went on to advocate for the restitution for Jewish victims of the Holocaust and later for the establishment of the International Criminal Court. His fight for justice for victims of atrocity crimes continues today. 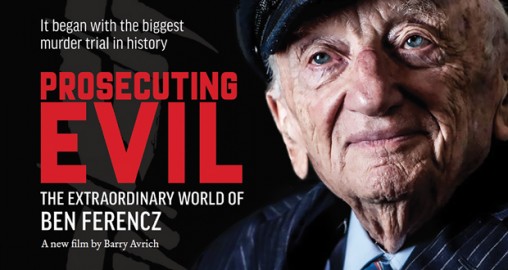 Shoelaces tell the story of a complicated relationship between an aging father and his special-needs son, whom he abandoned while he was still a young boy. Reuben’s kidneys are failing and his son Gadi wants to donate one of his kidneys to help save his father’s life. However, the transplant committee objects to the procedure claiming that Reuben, acting as Gadi’s sole legal guardian, does not have the right to authorize such an invasive procedure. Gadi, who recently lost his mother, is afraid of losing his father as well. He feels he finally has the chance to do something meaningful; to become a man and stand on his own. He’s furious with the committee’s decision and sets out to fight for his right to save his father’s life. Through the film’s portrayal of a relationship full of love, rejection, and co-dependency, it manages to shed some light and question the importance of human life, human connection and if life is even possible without it. 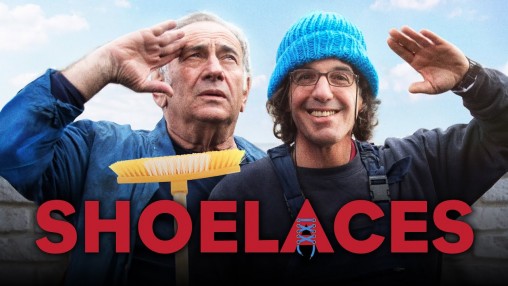 THE SPY BEHIND HOME PLATE

Morris Moe Berg was an enigmatic and brilliant Jewish baseball player turned spy. Berg caught and fielded in the major leagues during baseball’s Golden Age in the 1920s and 1930s, but very few people know that Berg also worked for the Office of Strategic Services (OSS), spying in Europe and playing a prominent role in America’s efforts to undermine the German atomic bomb program during World War II.

THE LIGHT OF HOPE

Based on the true story of Elisabeth Eidenbenz and her female co-workers who saved the lives of almost 600 infants in World War II. – “When there is great suffering, you don’t ask questions. You help…”

In the early 1940s, refugees from all over Europe seek shelter in South Western France, escaping persecution from the Nazis and Franco’s regime in Spain. Among them, there are countless women, some of them pregnant, and their little children. The camps are in horrendous shape with refugees holding out with no protection from the cold. With no further ado, young Red Cross nurse Elisabeth Eidenbenz breathes new life into an old villa. By transforming it into a birth clinic she saves the lives of mothers and children from certain death. Despite all hardship, the villa becomes a haven resounding with the children’s laughter. But soon threats from without and within taking shape: Authorities in Nazi occupied France demand that she hand over all Jewish refugees and their children, while Elizabeth’s deputy Victoria sides with the Resistance partisans – a worthy cause but one that puts at stake the lives of everyone in the maternity.

From his childhood in Poland to his adolescence in Nice to his years as a student in Paris and his tough training as a pilot during World War II, this epic drama tells the romantic story of Romain Gary, one of the most famous french novelist and sole writer to have won the Goncourt Prize for French literature two times. 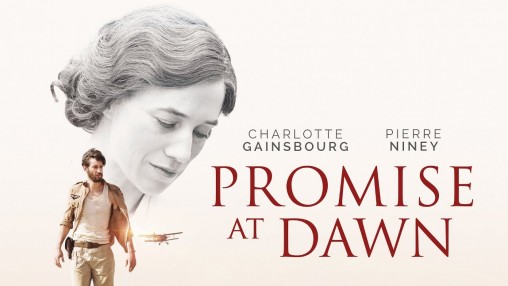 A Hasidic cantor in upstate New York, distraught by the untimely death of his wife, befriends a local community college biology professor and the two embark on an increasingly literal undertaking into the underworld. 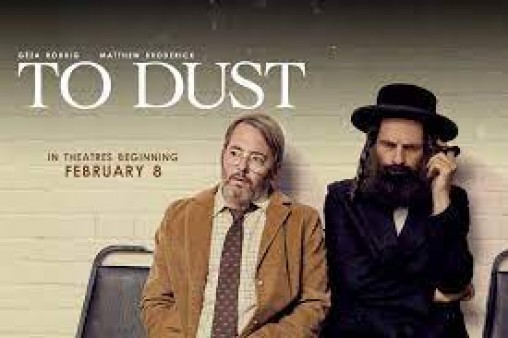 Golda’s Balcony, The Film captures a solo performance by Tovah Feldshuh – who plays Golda Meir and numerous other characters in the course of the film – during a multi-camera, videorecording in front of a live audience in May of 2003. The recordings were edited into a motion picture in early 2019, after which it went on to become an official selection at numerous film festivals in North America. As of August 24, 2019, the film had been selected for 45 American film Festivals and, also, had won ten Audience Choice Awards as “Best Feature” among the festivals to which it had been invited. 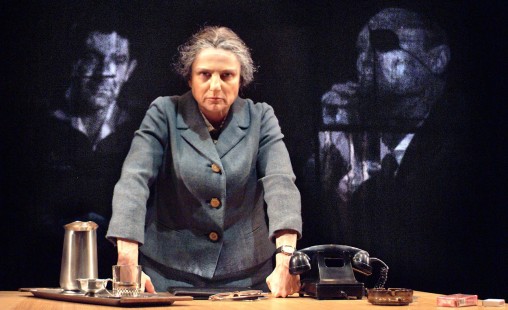